A 1,020 sqm LED screen that is said to be the largest in Europe has been installed on a high-rise building by the busiest road in Austria, just south of the country’s capital of Vienna.

At 1,020 sqm, the new advertising screen is 30% larger than the 784 sqm curved LED Piccadilly Lights screen in London, England.

The screen is expected to receive around 12 million impressions a month, at its location close to the intersection of a motorway and a federal highway and to a Westfield shopping centre, and it will be available for the booking of advertising from March.

According to the Number One screen’s own website: “The use of high-intensity LEDs allows not only for optimal visibility during the day, but also for a brilliantly illuminated image in the dark. Drivers head towards the gigantic advertising space for almost two kilometres, which cannot be overlooked, due to its ideal alignment.”

The screen can be seen in a YouTube video published by Rineo Sign Factory, and has been reported on by the German-language invidis digital signage website, and by digital signage blog Sixteen:Nine.

Key statistics listed in the YouTube video description include a dimension of 51 x 20 metres and brightness of 10,000 nits. The display system uses a NovaStar Taurus TB6 media player and MCTRL4K video processor with a charging capacity of up to 3840×2160@60Hz which supports any resolution in this range. Construction of the display used seven tonnes of steel, 13 tonnes of LED modules and six kilometres of cables.

The Number One screen website says it is bookable for 14 or 28 days, with free content switch, three content slots of 30 seconds each, and a resolution of 1632 x 640 pixels for adverts. 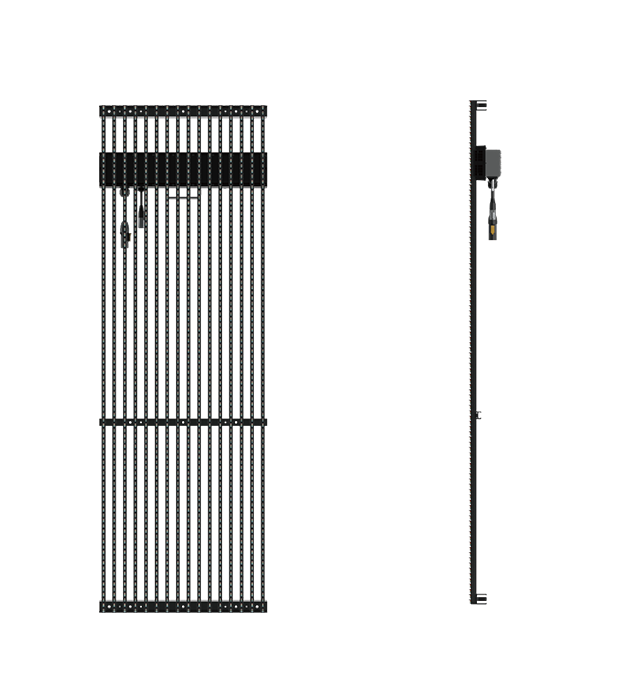