Vivint Arena is home to the NBA’s Utah Jazz and the title contenders have pressed their newly installed home advantage to start the season ablaze with as much resolution as its arena’s new interior display upgrade. 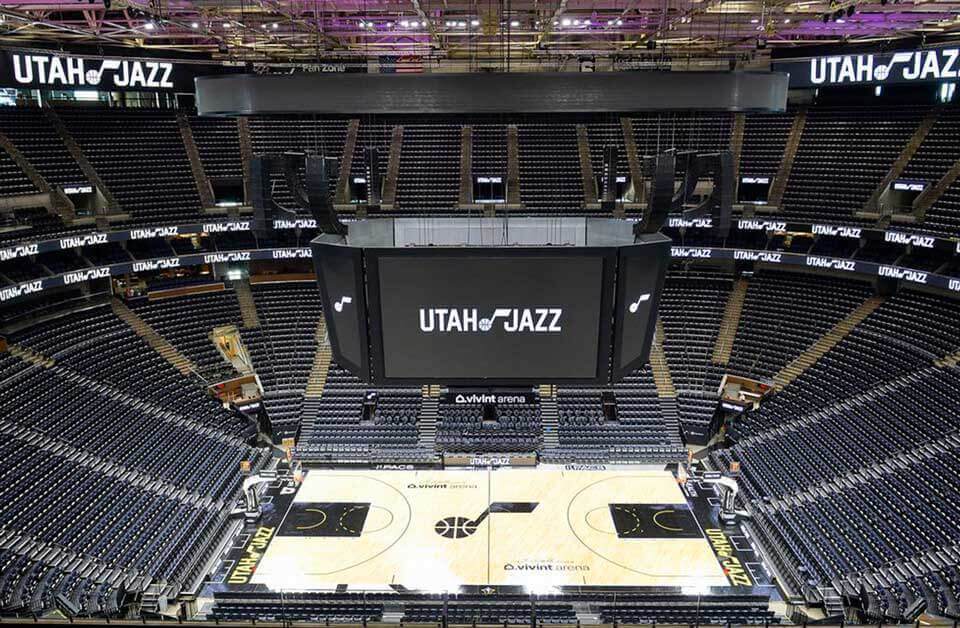 The company was founded in 2010 by Brian Fitzpatrick and Matt Dopp. Revel Media Group specializes in Digital Signage, LED Installation and a Cloud Based Content Creation and Delivery System.

Revel Media Group completed the installation on time and within budget under the watchful eye of project coordinator, Vivint Arena. The Group’s co-founder, Brian Fitzpatrick, said the installation at Vivint Arena, which incorporates over 70 million pixels is, “…truly one of a kind and will be the first in any American Stadium”.

Absen’s director of sales engineer, US western region, Kobe Xiao commented, “Absen is delighted to be involved with such a dramatic and historic sporting installation where Absen products add so much to the game experience with more pixels than any other stadium has yet seen in the US.”

The installation encompasses upper and lower ribbons affixed to the seating gallery, the center hung display including sideline and baseline boards, trapezoid corners and the underbelly displays, as well as auxiliary boards serving courtside. Absen supplied the N4 Plus Series LED product that were specified throughout for installation by Revel Media Group.

Central to the viewing experience for the Utah Jazz fans in attendance is the vast center hung display system with its two approx. 40 ft x 24 ft sideline video displays and two end zone displays measuring 25.5 ft x 20 ft. The screen experience is maximized with four additional trapezoid-shaped corner displays and viewing further extended via the four underbelly display boards each measuring approx. 17 ft x 10 ft.  The upper and lower ribbons also create the WOW factors to audience, featuring 1733 panels and is over 820ft long, which is the equivalent of 3 football fields around the entire arena. 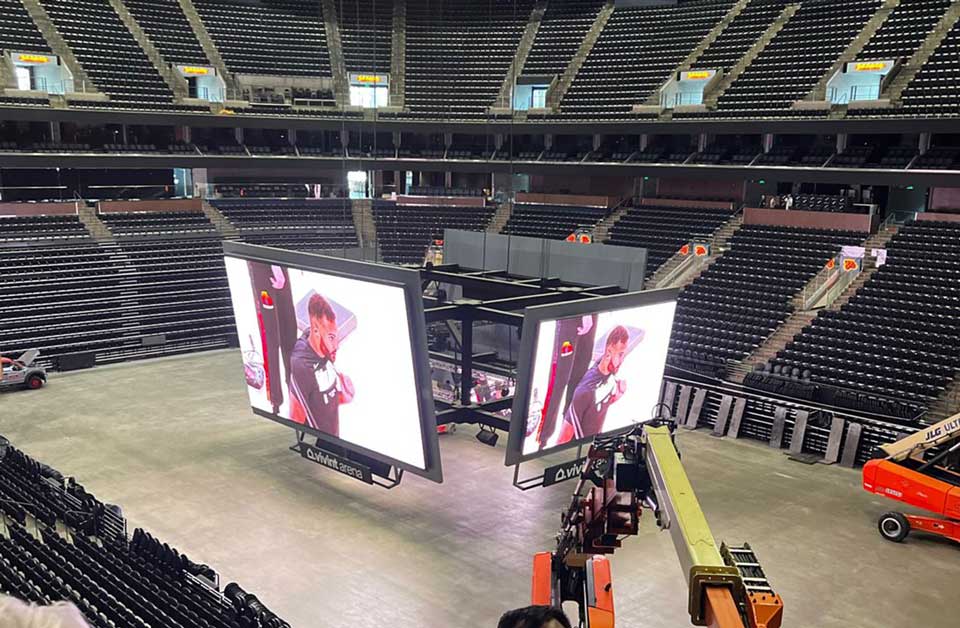 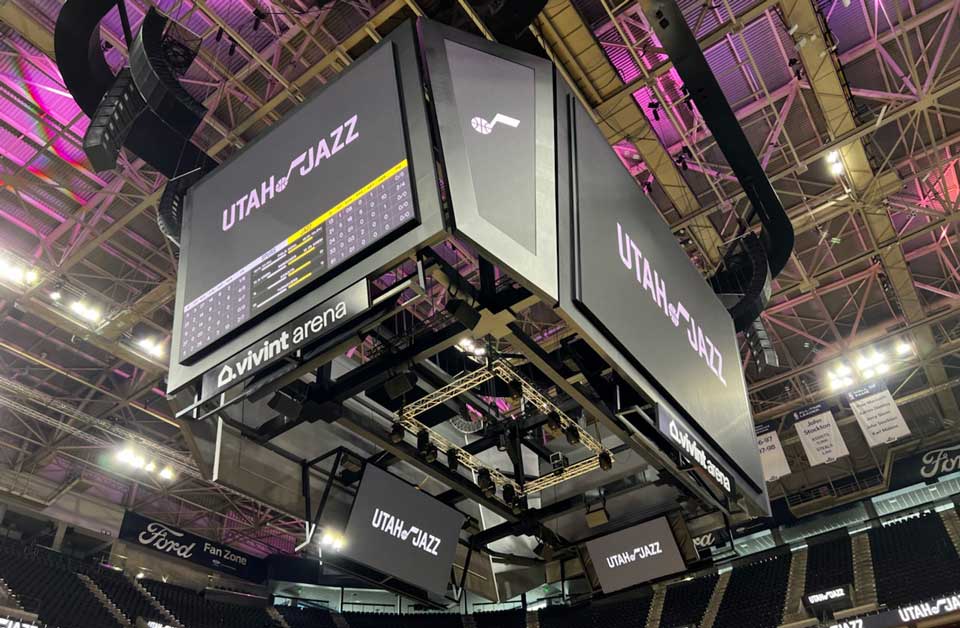 Absen’s NPlus LED display provides an excellent viewing experience for the fans in attendance. With content ranging from live game play and instant replays to sponsorship messages and game statistics, fans are afforded the excellent visual performance of seamless 4mm pixel pitch display on every visual surface from the ribbon displays to the four 825 sq ft corner displays.

Visual excellence also extends to the smaller courtside and entry way displays, where the light and thin design of Absen’s noise-free N4Plus modules create a sleek finish with a depth of just 54mm. 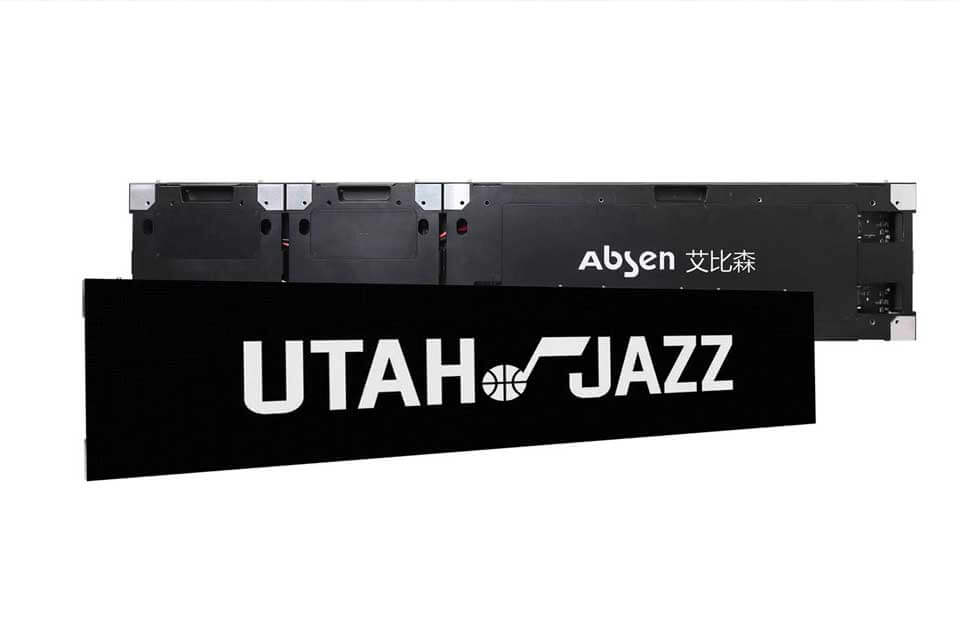 In addition to the excellent visual performance of the N4Plus, the smart modules individually store, amongst a host of other important data, the calibration detail, which is read automatically when any module is replaced. The smart nature of the modules adds to the ease and speed of maintenance which can be approached by front or rear.

With 21-years professional experience in LED display, Absen’s commitment to advancing the capabilities of LED technology in line with the fast-paced needs of global sport, has granted the company a winning position in the field, successfully providing high quality LED display services for the world’s top sporting events such as the FIFA World Cup, the UEFA European championships, the NBA and the Formula 1 World Championships. Absen enjoys the market’s trust in its world-class products and services and continues to work closely with its partners in sport to achieve more firsts alongside them. 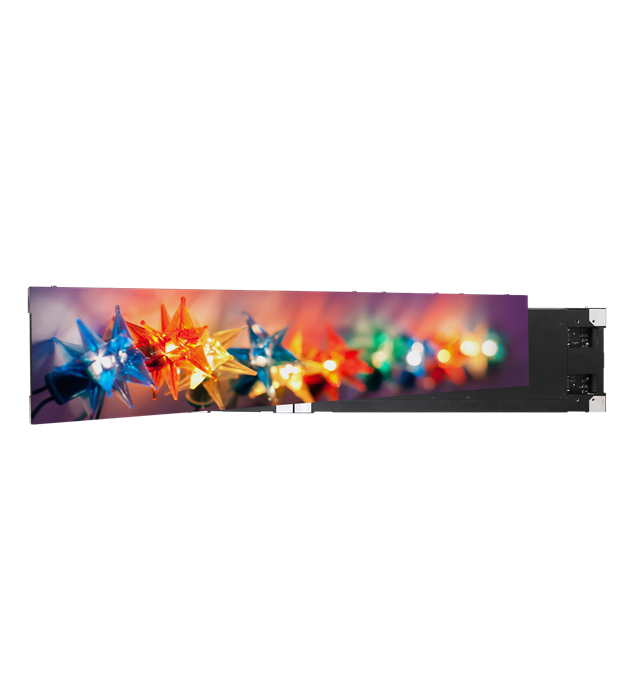